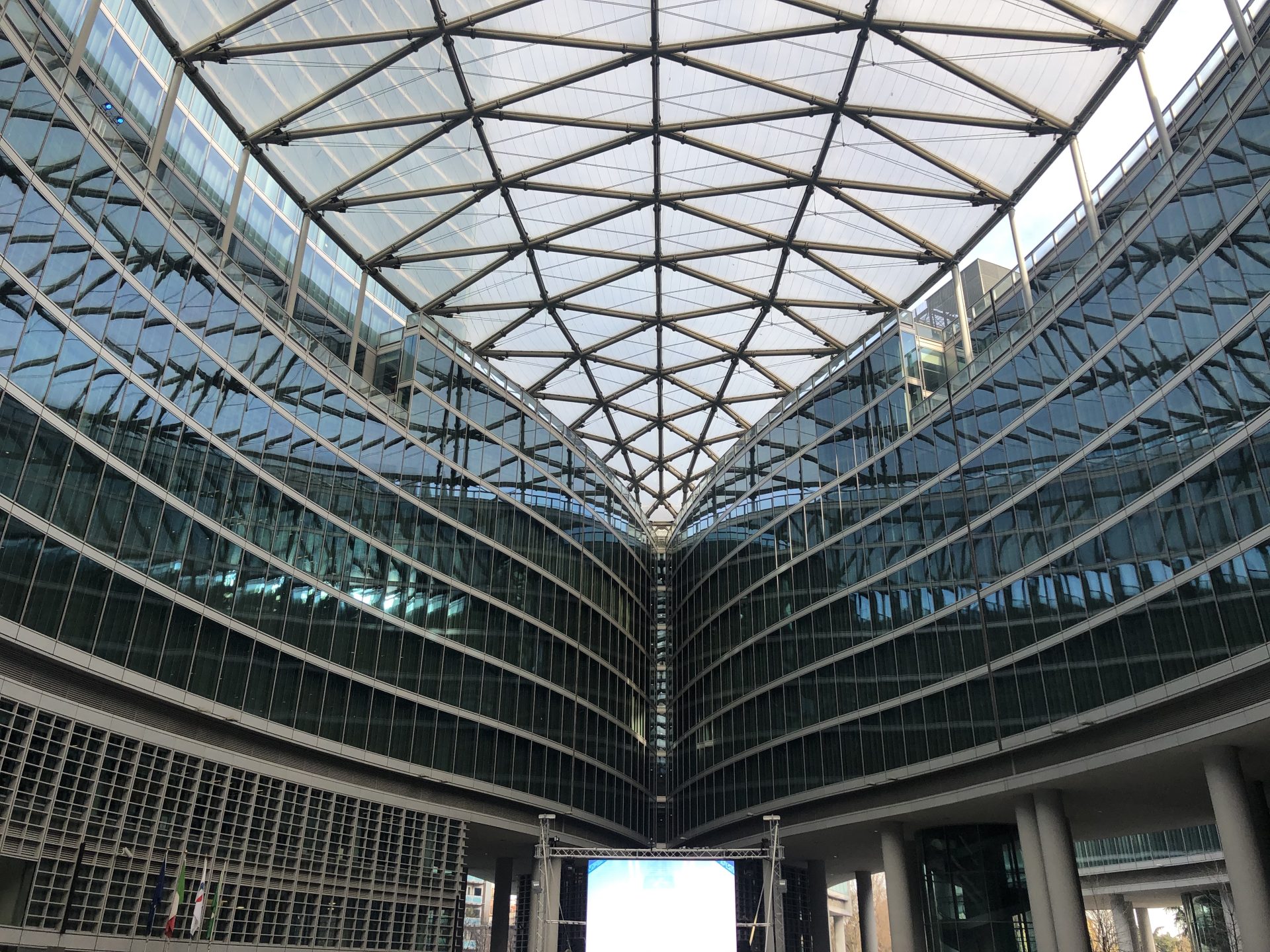 President of Regional Council of Lombardy

Alessandro Fermi: was born in Como on November

11th, 1974 and lives in Albavilla in the province of Como, married and father of one child, he is a lawyer and teacher. He began his career in 2002 as a provincial councilor of Como, of which he was also county of the regoboard commisioner, in 2004 he was elected municipal councilor in his city where in 2009 he became mayor until 2013 when he was elected regional councilor. He became deputy councilor of the Lombardy Region in 2014 and has therefore has therefore been president of the regional council since March 2018. He began his political career in Forza Italia and as recently join forces with the political group of the Lega Salvini Premier.

1) What value and meaning does politics have today, in an era in which parties have become personal, demagogic and all flattened to centrist positions?

Beyond /outside of political parties, todays political atmosphere is a means of participating in public life in which everyone is called to carry out their mission for the common good. In political action, the person constitutes the principle and the goal of every political community, the only source of its legitimacy.

2) What are the values ​​of the conservatives or of the centrist/conservatives in an era in which even political parties have turned into civic lists by proposing more than ideal programs?

The values ​​in which the center-right parties (moderate conservatives) is recognized are the dignity of the person, freedom and responsibility, equality, justice, legality, solidarity and subsidiarity, values ​​common to the great Western democracies, founded on democratic pluralism, on Rule of law, on non-discrimination, on tolerance, on private property, on the social market economy.
Values ​​that are the basis of a political commitment with a view to creating programs that can give concrete answers to the needs of the community and citizens.

3) What is the value of safety and what is the best way to make it concrete, beyond slogans?

Urban security is now commonly considered as a public good that relates to the livability and decorum of cities through redevelopment and recovery of the most degraded areas, the elimination of factors of social marginality and exclusion, the prevention of crime, in particular of the predatory type, of antisocial phenomena and incivility, to favor respect for legality and the affirmation of higher levels of social cohesion and civil coexistence. This concept, affirmed by the Legislator, must be realized in the daily activities of the police who, at every level, must operate, even in a synergistic and coordinated form, to guarantee it.

4) What can the Region (and Lombardy Regione especially) do for the security of it’s territory? What has your political effort been for this cause thus far?

The Region has taken a series of measures to secure its territory. One being Regional Law no. 6/2015 the “regional regulation of local police services and promotion of integrated urban security policies.” This has provided municipalities with significant resources, as well as newer and more modern equipment.

5) What is your view of ​​the local police and what reforms would you like to see?

Local autonomies must be brought back to the center of urban security policies as organizations closest to the needs of civil coexistence in urban areas. Within this framework, the local police take on a fundamental importance for the action they can carry out to protect the safety of citizens and the territory.
The reform must therefore aim to make integrated security policies more efficient, taking into account the functional evolution that has increasingly affected local police over the last few years.
6) How do you think the relationship between national and local security should be set up? Do you believe there is a need for the possible division of responsibilities?
The prevention and safety of the citizen and the territory exclude that urban safety can be identified with pure public order managed by central Government. The programmatic role of the regions in urban security policies, as entities that are dimensionally more suitable for promoting, activating and effectively monitoring these policies, must be accompanied by the activities that Municipalities, Provinces and Metropolitan Cities, within their respective competences, must ensure to implement integrated policies for the safety of people and communities.

7) What would you like to accomplish for the remaining part of the council?

It is necessary to strengthen and support the role of local police, equipping them with innovative tools and adequate means for carrying out their activities. Along with this, it is necessary to provide for the training and updating of the staff of the local police forces, which are essential to ensure the safety of operators and greater incisiveness in the fight against crime.

ETHICS AS THE BASIS OF EVERY DISCIPLINE