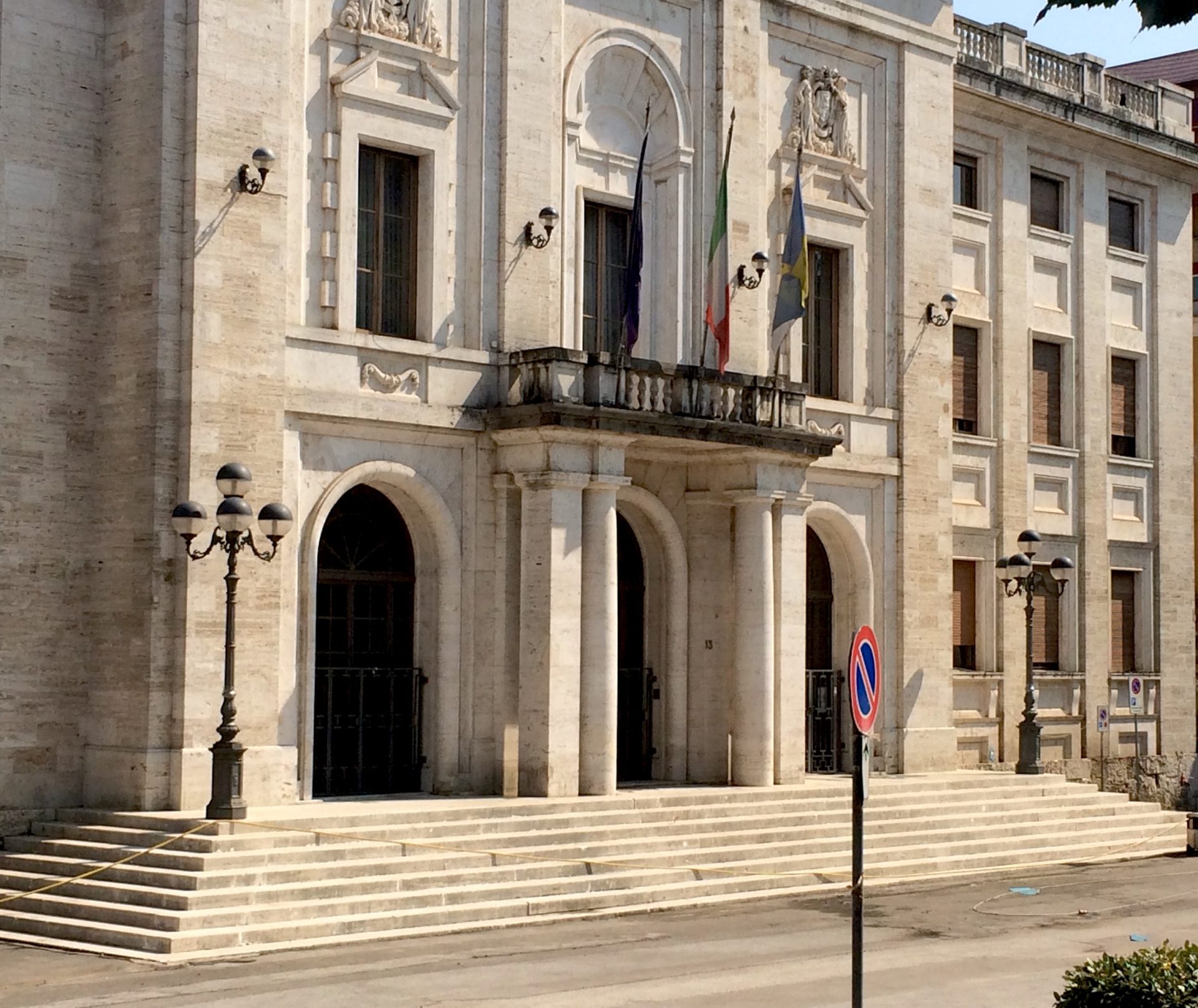 Antonio Pompeo: was born in Ferentino on september 7th, 1971 and lives there where is city major, married and father of two children, he is a lawyer. He began his career since was a boy in the young movement of christian democratic party and is in the dmocratic party since foundation. In 2001 was elected municipal councilor in his city where in 2013 he became mayor and re-elected in 2018. He is regional vice-president of ANCI-National association of italian cities.

Frosinone Province: has a resident population of 489,083 people (3rd in Lazio) in its territory there are 91 cities.

1) What value and meaning does politics have today, in an era in which parties have become personal, demagogic and all flattened to centrist positions?

Politics has fascinated me since I was young, I started in a party where values ​​and ideals came before leaders, although in that party, which was the Christian Democrats, there were many great men who made history. I believe that in a general crisis of values ​​there is an even greater need for ideals and less and less for leaders. Today, in the Democratic Party, what I promote is confrontation, dialogue and synthesis precisely to avoid flattening and instead to enhance the contributions and sensitivities of all the men and women who make it up.

2) What are the values ​​of the progressive or of the center/progressive in an era in which even political parties have turned into civic lists by proposing more than ideal programs?

The center-left political area is the real home of the moderate pro-Europeans and progressives who, unlike other politic side that proclaim themselves moderate, remains a political group, indeed a real party, made up of ideas and not leaders who have created their own personal party. The center-left and the Democratic Party have always been characterized by clear values ​​and not by slogans: social justice, ecology, the human person at the center of politics, the culture of life and the creation of trust in the future for young people.

3) What is the value of safety and what is the best way to make it concrete, beyond slogans?

Security is an essential asset of every community and the guarantee of democratic values ​​against any authoritarian oppression. Urban security creates wealth and employment, trust in institutions and undoubtedly contributes to improving the quality of life of a community. But repression and punishment are not enough to make it concrete: it is necessary, above all, to prevent and invest concretely in work, sport, urban decor and culture.

4) What can the Province (and Frosinone Province especially) do for the security of it’s territory? What has your political effort been for this cause thus far?

I particularly care about the value and role of the local police who, especially in the last two years of the pandemic emergency, have proved to be an essential element in the lives of citizens. The Province of Frosinone is one of the few that has not dismantled the Provincial Police, keeping all of its employees. This is my personal pride and has had a visible result in the area, especially in regard to the protection of the environment and fishing and hunting resources. We have promoted an extensive training program for all the local police forces of the provincial territory, with particular attention to the situation of Covid. We have involved professional associations of lawyers, engineers and industrial experts in this program as well.

5) What is your view of ​​the local police and what reforms would you like to see?

I believe that more than 35 years after the framework of law 65/1986, no further derogation can be made from an organic reform of the local police forces. The valuable work done by the women and men of the local police forces, whose work is no less risky or than that of their colleagues in the other police forces, must be recognized. We must work towards the unity and recognition of all the local police forces in the area, while today we continue to have many uniforms, degrees and denominations.
As a lawyer, I can only point out the absurdity of the wording of article 57 of the itaian code of criminal procedure, which, even with an old language, refers to the local police as “… the guards of the Municipalities and Provinces” limiting the only qualification of the judicial police to the time in which one is on duty.

6) How do you think the relationship between national and local security should be set up? Do you believe there is a need for the possible division of responsibilities?

It takes courage to define the areas and competencies of national and local security, and establish their respective competencies. It is necessary to establish who must do what and where, overcoming the overlaps and creating a synergistic and cooperative system in an integrated security vision that assigns the right role to the state police (Carabinieri, State Police, Guardia di Finanza) and to the police forces of local authorities (metropolitan, provincial and municipal / local police forces).

7) What would you like to accomplish for the remaining part of the council?

Although the powers of the provinces are limited in this field, however, as we have already demonstrated with concrete facts, we will continue to invest in the training of the local police. This is because competence is the most powerful weapon that can be provided to every worker. And, for those who risk their lives on the road every day, this is even more true.